The Use of Technology to Sub-Brand Messages

Lorna Larsen remembers helping mothers cope with the pain of watching their (premature) babies spend months in incubators. Early in her career as a public health nurse, she listened as women told her their arms ached to hold their children. She didn’t know how they felt at the time. But now she does.

“My arms ache to hold her. My eyes ache to see her. And my heart aches to talk to her. Every single day,” said Larsen, describing how she feels three years after losing her 24-year-old daughter, Shanna, to breast cancer.

Larsen developed the Team Shan Community Project in memory of her daughter. The project aims to raise awareness of the fact that breast cancer is not just a disease of older women. Although many regional and national cancer awareness campaigns existed at the time of Shanna’s death, Larsen’s research uncovered the need to sub-brand the message. Team Shan uses technology to help engage the younger generation. 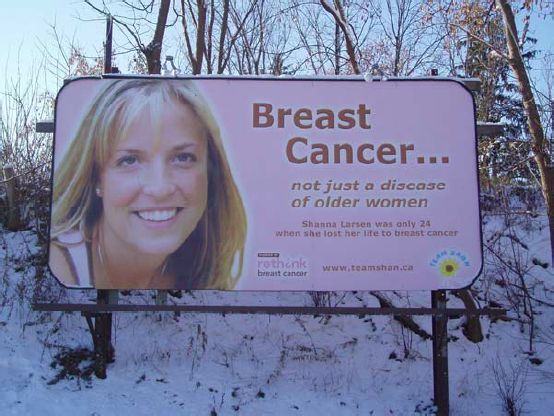 “As a health care professional, and a grieving mother, I was quite disturbed by some of the print media ads for fundraising that weren’t really raising awareness,” said Larsen, adding that she began to research the issue six months after losing Shan. What she found, spurred her to act. “I was right. The awareness for young adults and cancer was lacking.”

Initial funding was provided by way of two grants from the Canadian Breast Cancer Foundation. More recent campaigns in London, Ontario have been funded by a partnership with Rethink Breast Cancer.

DeCoteau founded Rethink Breast Cancer almost eight years ago, after her own mother died of breast cancer at 53. Like Larsen, DeCoteau believed in the need to sub-brand the breast cancer awareness message.

“After my mother passed away, I began to look around for information. Every piece of material I found had a picture of a senior citizen on it. I knew there was no way messages like that would reach young women,” said DeCoteau.

Rethink Breast Cancer knows it’s important to use the Internet in creative, and even provocative, ways.

In January 2008, Rethink Breast Cancer launched a program called The Booby Wall. It’s an interactive website on which women are asked to upload a picture of their breasts, either naked, in a bra, or clothed.

“The program is designed to expand our TLC program which is Touch Look and Check your breasts,” said Allison Gordon, vice president of strategy and marketing communications for Rethink Breast Cancer. “The site acts as a large, interactive art piece to spread awareness.”

Thousands of women have uploaded pictures of their breasts, so The Booby Wall has been a successful example of sub-branding. So has the Team Shan program, said Gordon.

To reach young women between the ages of 15 and 39, Larsen’s team has also developed an interactive website, as well as a flourishing Facebook group.

With over 1100 members, the Facebook group has reached young women from many parts of the world. The group, as well as the website, has also attracted breast cancer researchers who want to inform young women about their findings. It’s connected family members, friends, and young women who have breast cancer.

The Team Shan on-line presence has become a support mechanism for so many, said Larsen, and it’s a very useful communication vehicle for this age group.

“I just can’t say enough about the power of the Internet,” said Larsen, explaining that she’s had requests for information from all across Canada.

Sub-branding, the use of technology and social media have been instrumental in the success of the Team Shan and Rethink Breast Cancer projects. In addition to the Team Shan website and Facebook group, the Team Shan site is now on many other websites as a link, said Larsen. Without the Internet, it would be impossible for the sub-brand to reach so many young women.

Larsen was taken aback for a moment when asked, “If your organization were a person, what kind of person would it be?” But then she looked toward a picture of Shan.

“If our organization were a person, it would be Shan. Shan valued life. She wanted to make a difference, she wanted to teach,” said Larsen. “Shan’s spirit continues to teach.”

Report to the Community CBCF-Prairies/NWT (2012)

“Reaching one young woman at a time” 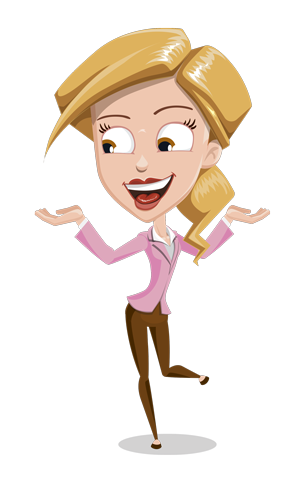